Maurice Dartigue was born in 1903 in the town of Les Cayes in southwestern Haiti, the son of Régina (Duperval) and Jean Baptiste Dartigue, a prominent attorney, a one-time Governor of the South, and Minister of Agriculture and Public Works, which is what brought the family to Port-au-Prince. His father’s death forced Maurice to leave law school and transfer into education and agriculture. In 1931, he obtained a master’s degree in rural education at Columbia University’s Teachers College, where he met his future wife, the Hungarian-born Esther Reithoffer.

Over the next ten years in Haiti, he undertook extensive reforms in his field and eventually rose to the position of Director of Rural Education, while also serving as Director of the National School of Agriculture. In 1941, he was appointed Minister of Education, Agriculture and Labor and, during the course of the next four-and-a-half years, instituted in-depth reforms in urban education, at the primary, secondary, vocational, and university levels.

After a regime change in early 1946, Dartigue and family sought political asylum in the United States, where, for the next ten years, he worked in the Trusteeship Department of the United Nations in New York, becoming Senior Specialist in Education. He received from his alma mater, Teachers College, its Medal for Distinguished Service in the field of Education in 1954, the first year it was awarded. 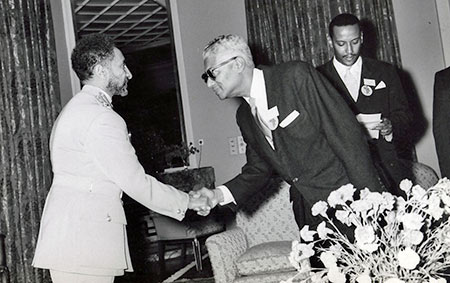 In 1956, he transferred to UNESCO in Paris, where he held a series of posts over the course of seven years: Chief of the Division of Primary Education, Chief of the Division of In-School Education, Chief of the UNESCO Mission in the Congo, and Chief of the (newly created) Africa Division. After reaching the mandatory retirement age of 60, he accepted, for the next eight years, a variety of short-term and longer-term assignments in Africa, which had become his specialty. He was at the forefront of organizing the first-ever conference of ministers and directors of education from tropical Africa, held in Addis Ababa (1960); the Regional Group for Educational Planning (later known as the Regional Bureau of Educational Development in Africa), in Dakar (1963-65); the first-ever African teacher-training courses, in Cairo (1964); and the university-level teacher-training school, the Ecole Normale Supérieure, in Bujumbura, Burundi (1966-68).

During his nearly fifty-year career, he published a slew of monographs, articles, and reports ranging from Les Problèmes de la Communauté (The Problems of the [Haitian] Community) in 1931 to Mission de l’UNESCO en Guinée Equatoriale (UNESCO Mission to Equatorial Guinea [now Guinea Bissau]) in 1971, his last assignment. He passed away in Paris in 1983.